So here I am, in my final week of competitive training…my week that leads into my taper. Wow!  In 15 days I’ll be entering Lake Banook in Dartmouth to swim 3.8k, then bike 180k and finish off with a 42.2k run. WHAT? Yes…yes I will!  So after this weekend, I start to kick up my feet more and wind down.  Healing time!  http://epicdartmouth.com/

These last few weeks have been buuuuuuuuusy!!! Oh yea, you can just imagine.  I have practicing, practicing, practicing and juggling life between all that practicing. Ha!  To sum things up, I happy with my swimming (no fast fish but a steady one), the bike is going exceedingly well (thanks to my new ride and tons of hours I’ve put into training the bike), my nutrition and hydration strategy is developed and keeps me moving along…but my running, well that’s another story.

My running has been like a roller-coaster ride.  Some days are awesome, others are horrible.  I’m either in pain or not, out of energy or bursting with energy.  It’s crazy, I never know what to expect.  I can’t predict it either as I’ve felt awful 5 min before a run but then come back dancing up the driveway.  However…the truth is this, I’m still battling those bruised heels.  It’s sort of sad because looking back, when I started training in October, my heels were sore then and I should have rested and started my run training later in my plan.  But hindsight is 20/20. Can’t turn back time now. Just gotta suck it up and deal.

By mid-February I had completed over a dozen 20k runs and had myself up to 26 km and feeling pretty good.  My plan was to be at 32km by the end of April.  I would have had the running part down pat if all had gone as planned.  But my heels were getting worse, barely could walk sometimes, and I decided to take a few off weeks from land running and do it all in the water.  After 3 weeks of that, I started land running again to only have it all come apart this time by my hip. What the hell!  After seeking medical help from various organizations, finally it was Matt Keith at Fisherman’s Memorial Hospital physiotherapy clinic that told me what the culprit was with my hip – I have a completely severed ACL in my knee. Yay!  Go figure!  The worse thing is it’s been like that since 2008, had an MRI done last year in August, and NO ONE CALLED ME to let me know the results of the MRI.  Not hearing from anyone, I figured things were okay, especially since my knee actually doesn’t give me any problems.  Anyway, to make a long story short, Matt has access to my medical records, delivered the info and immediately devised a plan to get me put back together so I can do this event.  And so the heels no longer were a major focus as the hip had taken over.  To say the least, I had to take a step back in my weekly mileage.

The good news – things are definitely on the mend with my hip, it’s actually feeling awesome, and the acupuncture I’ve been getting on my foot has been working too. But the heels flare up and it’s a real pain in the ass.  I have decided that after EPIC is over, I’m going to have to take a running break to let my heels heal.  I’m not sure how well I’ll deal with that, but if I do finish out the triathlon race season, I definitely will be taking the fall off from running until I’m completely healed.

But now I sit here frustrated.  I just came back from what was supposed to be my final 28K run but only completed 12k. My heels are paining me so bad that I’m so sloppy and uncomfortable when running. It’s such a piss-off because my energy feels great and my hip is doing so well, I want to keep going and finish the distance.  I’ve decided that if I keep going I might do more damage than good. I don’t want to be out of the race before it even started. I’d rather suffer the running leg when it comes time then push myself now and get hurt even worse. Tonight I swim and teach an Aqua run class so I’ll participate to add onto today’s training but the reality is…this sux!

These past three weeks I’ve had so many ups and downs with my running it’s nuts. Actually, I’m confused!  I was able to do a 28k run a few weeks back and felt awesome but when I did my 14k run last week I felt like crap. I have had three incredible interval run sessions (speed is coming back, yay) for three weeks in a row but then today I’m not doing so well with my long run.  I rarely ever run two days in a row and take the next day off from running after interval runs and rest or active rest days before my long runs.  When I run off the bike, it generally goes really well, is fast, and feels good.  But I did not come close to doing the 4 x 28k runs that I had scheduled in my plan. I might get two in (thank God I’ve got many, many 20-26k runs in thou).  I simply just ran out of time. I need like another month of training if I were to try and get everything in that I had planned.  Technically I could make one last attempt at this on Sunday…if I even decide to do it.  It’s getting so close to race day now that I might be better off to just hope for the best come race day and face the fact that I may be walking a lot more than I had hoped.  I need to keep these heels and hip safe, strong, and rested so I don’t fall apart on race day.

My running is very unpredictable right now. I never know what to expect when I hit the ground.  Is is going to be good? Bad? Painful? Awesome?  This makes me feel so uneasy for race day…but it is what it is. I can’t do much about it now. I will just have to try my best and hope that in the end, it all works out. 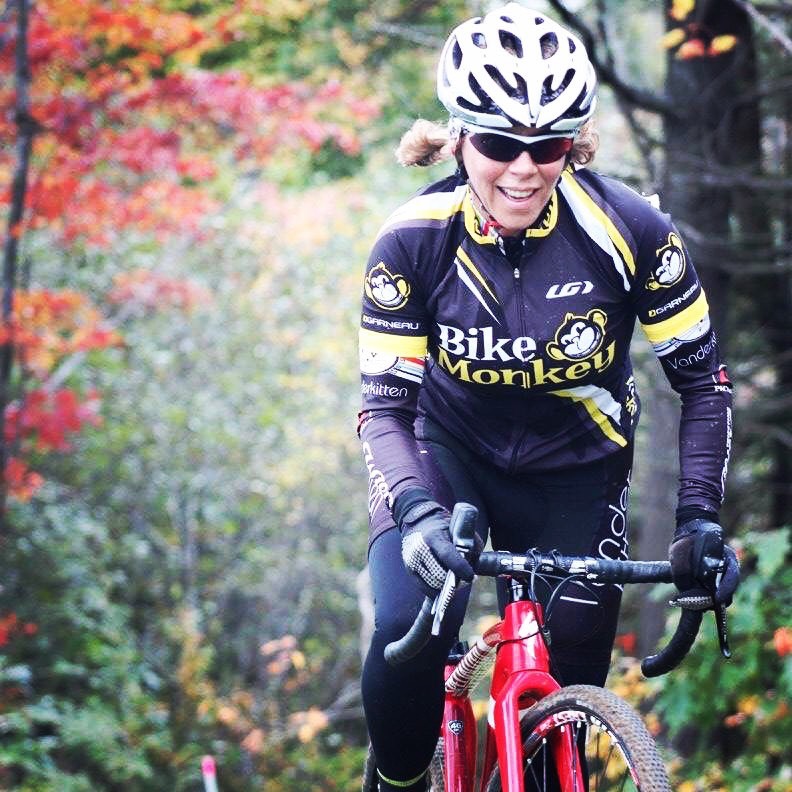 With over 21 years of working in the wellness and fitness industry, Tammy has become an ambitious and inspiring leader among her followers. She specializes in sustainable weight loss, functional strength training, and endurance sports coaching. As a canfitpro PRO TRAINER, she also teaches wellness and fitness certification courses. Tammy has been awarded the canfitpro 'Rookie of the Year' PRO TRAINER Award, the Triathlon Nova Scotia 'Adrian Campbell Sportsmanship Award' and has received recognition from the Municipality of Lunenburg for raising over $7000 for PRO Kids. Tammy's expertise has been featured in the canfitpro and Chatelaine magazines.
All Posts »
PrevPreviousA Busy Bee in Ironman Triathlon Training
NextMaintain Fitness During ChristmasNext